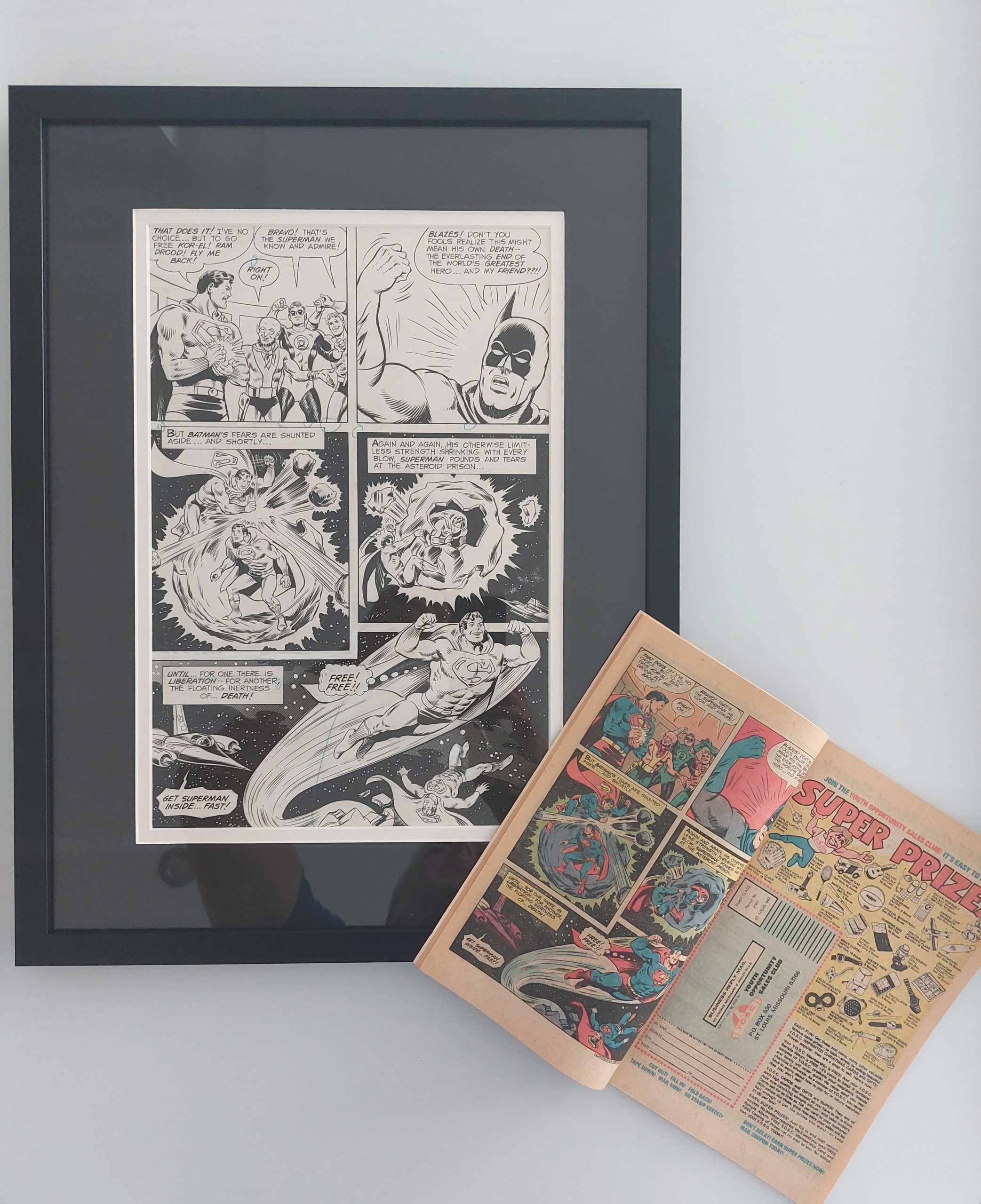 If you love comics then you’ve gotta love the artwork…

Although I love and admire much of the new artwork in modern comic books, especially some of the amazing variants from artists such as J Scott Campbell, Gabrielle Dell’otto, Jason Fabok, Tyler Kirkham and there really are too many to mention. But, you can’t beat the early stuff from the Golden Age through to the Bronze Age. It carries with it a piece of history of what was going on in the world at the time. It was also so well mannered and innocent as in the early days. Although they were self sensored in the early days, they had to be careful what was published. The artwork really captures the time in which they were printed and there’s few better examples than this splash page from ‘World’s Finest’ #246 printed in 1977 featuring two of the biggest super hero’s, Superman & Batman. Superman is determined to defeat an asteroid in these great science fiction panels. Take note of Batman’s concern and respect for Supes! Aquaman, Kor-El and Ram Drood (first appearance issue) also make an appearance.

We’ve recently aquired this splash page along with a copy of the original comic book which we are offering for sale via our ‘gifts & Presentations’ page. A truly rare piece of comic book history.  https://bit.ly/3mbBr54