The Avengers are a team of superheroes assembled by Nick Fury and the intelligence agency S.H.I.E.L.D. through the Avengers Initiative. Originally Nick Fury intended it to be called the Protectors Initiative. The original team consisted of Iron Man, Captain America, Hulk, Thor, Black Widow and Hawkeye. Anthony “Tony” Masters is born with a natural ability that enables him to replicate observed action. He uses it to duplicate Super Hero moves and becomes the criminal, yet sometimes government-sanctioned, trainer known as the Taskmaster.

There are only currently 76 CGC graded 9.2 copies world wide & only 854 in total in any grade. 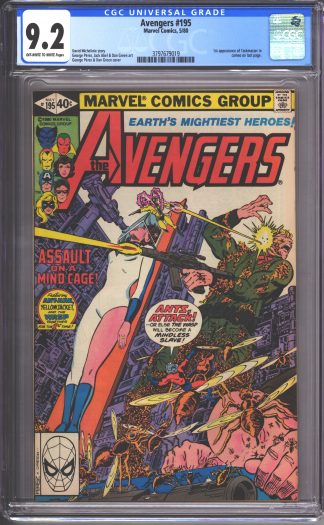