The Avengers were a team of superheroes assembled by Nick Fury and the intelligence agency S.H.I.E.L.D. through the Avengers Initiative, originally Nick Fury intended it to be called the Protectors Initiative. The original team consisted of Iron Man, Captain America, Hulk, Thor, Black Widow and Hawkeye. Starfox (Eros) is a fictional superhero Marvel Comics. He first appeared in The Invincible Iron Man #55, created by Jim Starlin. He is depicted as a member of a human offshoot race known as the Eternals. He was born on Titan where he is the son of Mentor. 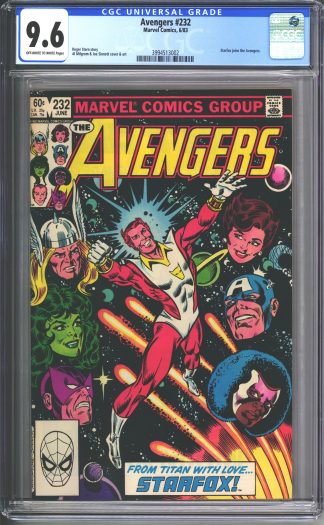