The Eternals are a fictional race of humanoids appearing in American comic books published by Marvel Comics. They are described as an offshoot of the evolutionary process that created sentient life on Earth. The Eternals are immortal, immune to extremes in temperature, disease and poison, and are extremely hard to kill. Each Eternal possesses a range of superpowers thanks to the cosmic energy they were imbued with. Ajak is usually depicted as a member of the Eternals, a human offshoot race in the Marvel Universe, and as a member of the God Squad, as both a superhero and supervillain. The Celestials are an ancient race of entities that possess vast matter and energy manipulation abilities. They were present long before the dawn of the galactic communities and even the Asgardians. They were notorious for their utilization of the Infinity Stones. 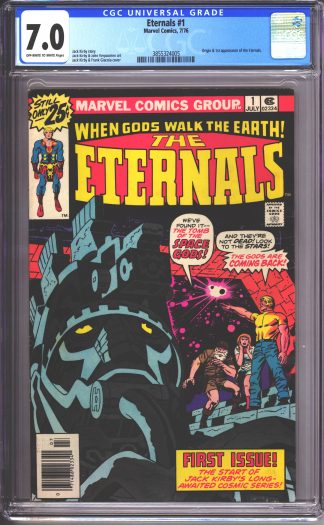